49 people were slayed in shootings at 2 mosques in central Christchurch, New Zealand, on Friday, in a terrorist attack. Prime Minister Jacinda Ardern labelled this as an extraordinary and unparalleled act of violence. Officials held that one man in his late twenties had been charged with homicide, and that 2 explosive devices were found attached to a car that they had stopped.

A Muslim stalwart in New Zealand said the attack was particularly appalling as it took place around Friday Prayer. The police advised people to stay away from the mosques until additional notice.

The alleged gunman streamed a live video of the shooting on Facebook, and he seemed to have posted a manifesto online.

The countrys police commissioner, Mike Bush, while addressing a news conference stated that 41 people had been killed at Al Noor Mosque & 7 at Linwood Mosque, & that another victim had passed at Christchurch Hospital.

David Meates, the CEO of the Canterbury District Health Board, informed that 48 people, including young children, were being attended to for injuries at the hospital. He said the wounds included gunshot injuries and ranged from serious to minor.

The police said that 4 suspects, including 3 men and 1 woman, had been taken into custody. Australian Prime Minister Scott Morrison said that one of them was Australian.

The main suspect, a man in his late 20s had been booked for murder and would appear in Christchurch court on Saturday morning. Numerous firearms and other crucial evidence were recovered from the scenes of the shootings. 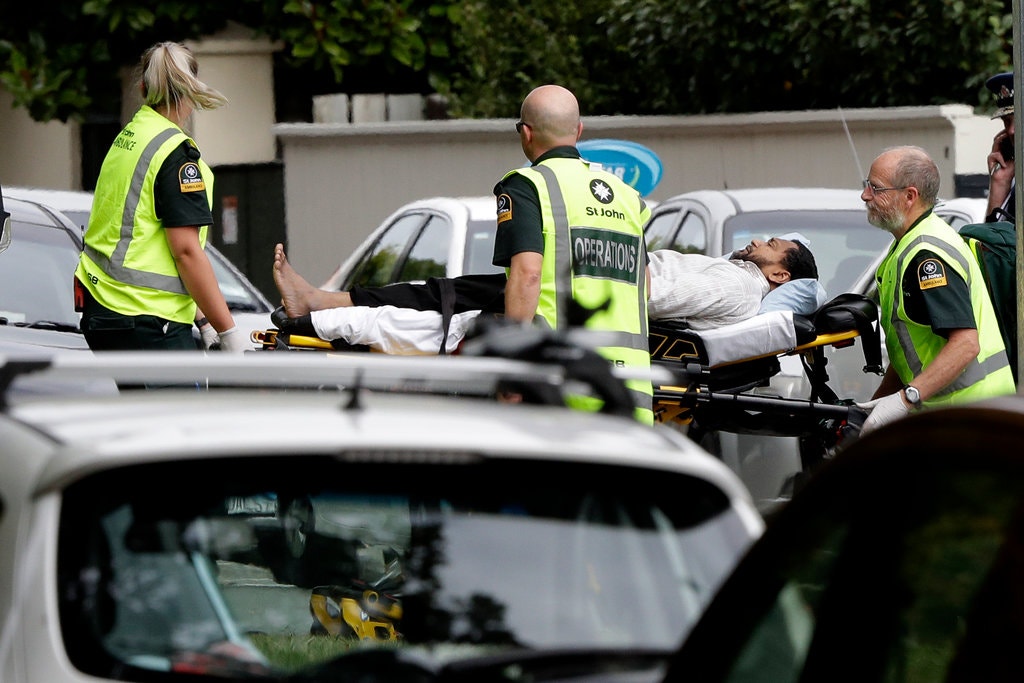