Terror Attack at Crimean College Killing 18 and Injuring Many More

18 people were killed when at least one gunman stormed into a college in the Black Sea district of Crimea, set off a bomb in the cafe, and went through the building shooting anyone in his path, as narrated by the college’s director and other officials.

Law enforcement officials said they have escalated the incident and given it the status of a terror attack. Video coverage from the scene showed armored vehicles and military trucks lined up right in front of the college, in the Crimean city of Kerch. 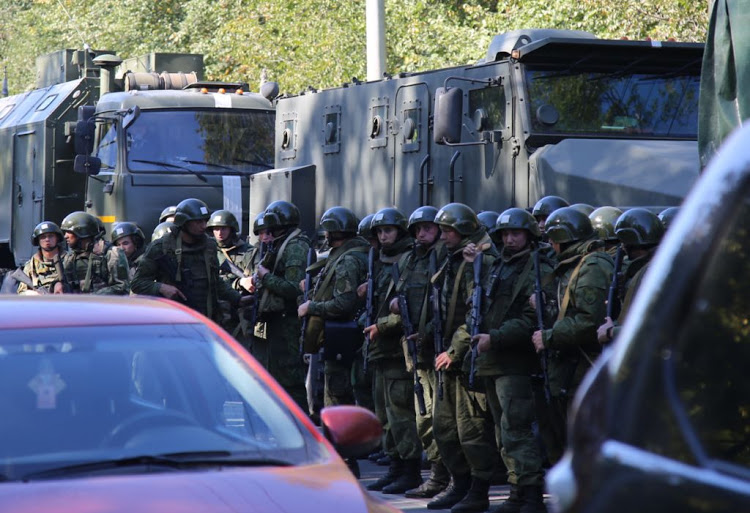 A local resident said Government spokespersons had instructed parents to gather their children from schools and kindergartens in the city and bring them into the protection of their respective homes.

The college’s director, Olga Grebennikova told Crimean broadcasters in an interview outside the college that the bodies of children were all over the campus.

A spokesperson at a hospital in Kerch was quoted as stating that 18 people had already been admitted with acute injuries from the explosion, and that they were anticipating approximately 50 more wounded people to be brought in.

Visuals from the scene of the blast posted by local media outlet Kerch.FM displayed that the ground floor windows of the 2-story building had been destroyed totally, and that debris from the building was everywhere.

Rescue teams, ambulances and fire fighters were already on the spot.

Russia invaded and occupied Ukraine’s Crimea region in 2014, prompting international disapproval and Western sanctions. Kerch is the geographic location on the peninsula where a bridge connecting Crimea to Russia makes touchdown on the Crimean side.

Russian President Vladimir Putin inaugurated the bridge to public road traffic in May this year, making a big event out of it by getting behind the wheel of a truck to drive it across the bridge.