A primary school building has collapsed in the Nigerian city of Lagos, with students reported trapped in the debris.

The school was on the third floor of the multi-storey building in Ita Faji on Lagos island, in Nigeria’s commercial capital. 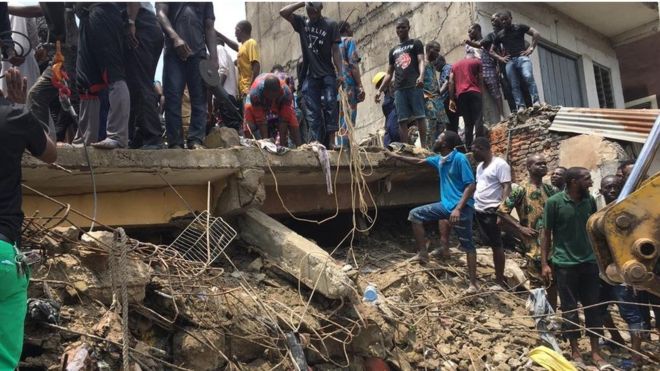 Images from the site show rescuers probing through heaps of wrecked concrete and warped metal.

There is no official word on fatalities yet and the reason of the collapse is not clear.

BBC Nigeria has been reporting that emergency teams have pulled injured children from the rubble.

Some anxious parents have arrived at the scene while others have head to a local hospital to be with their children.

The collapse had happened at about 10:00 local time (09:00 GMT) as reported by Ibrahim Farinloye, a spokesman for the NEMA (National Emergency Management Agency).

Channels TV reported that about 50 students were saved and have been taken to the Lagos General Hospital, Marina.

It is not uncommon for structures to collapse in Nigeria.

Materials are often of inferior quality and the implementation of regulations is negligent, in the view of some news correspondents. 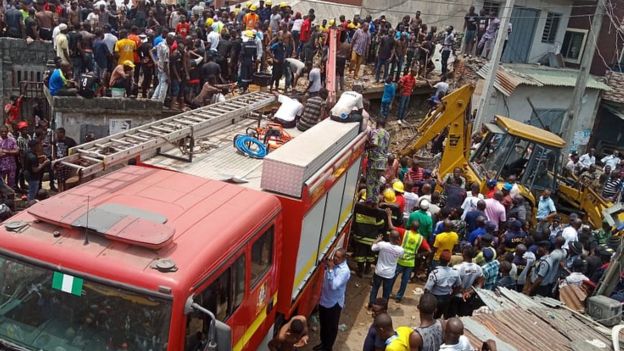