Fierce thunderstorms, small whirlwinds that blew roofs off homes, and winds comparable to a Category 3 hurricane lashed Italy from Piedmont to Sicily early this week, leaving at least eleven people dead, many injured, and firefighters and other rescue workforces scrambling to respond to emergency calls.

In Venice, violent winds drove the high tide to more than one meter, or 156 centimetres, above average sea level on Monday, one of the uppermost levels ever recorded, plunging much of the city below water.

Venetians and visitors stumbled on raised walkways throughout the city, while others paddled through thigh-high water. Many shops and restaurants were partially submerged when barriers across entrances failed to keep the water out.

The cathedral itself was destroyed by flooding as water inundated part of the floor in the central part of the basilica for only the 5th recorded time in its 900 year history, officials reported. The water covered the landscape of the marble pavement in front of the altar of the Madonna Nicopeia, a 12th century icon, and waterlogged the baptistery, the officials accountable for the building said in a statement.

Near the enclosed entrance to the basilica, the mosaic floor was under an incredible 35 inches of water.

The status quo was equally serious in other Italian regions.

In some parts of Italy, hillsides waterlogged by heavy rain gave way.

In Naples, many trees were uprooted and fell in the cemetery of Poggioreale, well-known for its tombs and monuments, which was shut to the public. 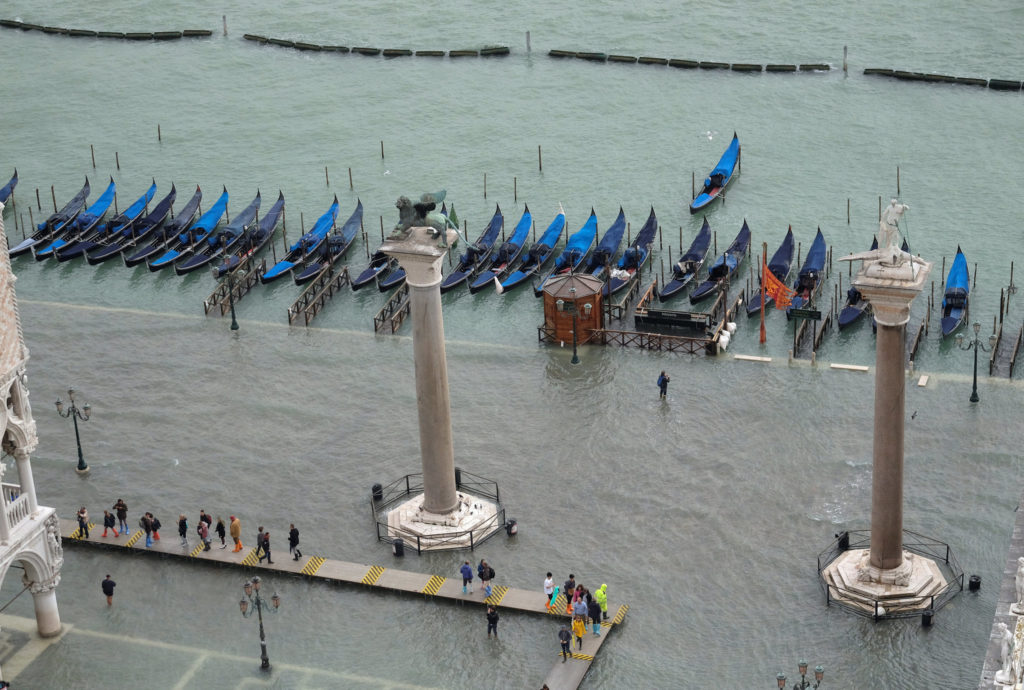